Do I Need Spiritual Degrees To Be A Witch? 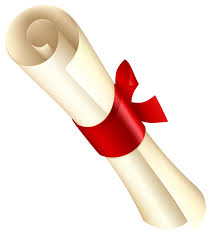 Do you feel you need degrees or do you want to be an actual Witch?? Because rather than focus on a ton of books to read, it would be far more prudent as a student for you to get outside and get into the woods where you can set up a shrine to the old Green Man and ask Him to help you begin to learn about His children: herbs, plants, trees, bushes and how to use their roots, stems, leaves, berries, bark, and so forth to first learn from then later in your spiritual work. Ask the Green Man to also introduce you to His forest children, the Nymphs, who can teach you all manner of woodland lore and plant magics. Pay attention to any dreams you have as He & His children will most likely come to you in your dreams to teach you things so have a pen & paper by your bedside ready to write when you immediately awaken from slumber.

* Learn the delicate arts of relaxation until you can fully relax your body from head to toes. Do not rush this! Take your time to progressively develop this skill. It will serve you well over the years as you practice it.  Note: if you have trouble falling asleep after you begin, then go to bed an hour earlier than normal and wake up an hour earlier than you need to and practice your progressive relaxation then because you won't be as easily to fall asleep after you have had a full night's rest. If you still find yourself falling asleep, try sitting up with legs criss-crossed & with your back against a wall.

* Next learn to both passively & actively meditate until you can achieve a solid 20 minutes of inner mediation. Start off with setting a timer and trying to simply focus your mind on your breathing for 3 minutes then in a few days increase the time to 5 minutes then a week later make it 10 minutes then the following week increase another 5 minutes and by the end of the month, you should be at 20 minutes of quiet, relaxed meditation.

* Get dirty and feel what the earth and its various dirt's are like in different locations which can tell you a lot of about an area itself. Get down and grab some dirt from the ground, roll it in your hands while you close your eyes. Feel the dirt in your hands. Is it top soil? Sandy? Loam? Clay? What? Notice the properties of each. Let the dirt speak to you. If nothing comes immediately give it time and practice. You will begin to unlock the secrets of dirts & soil of the earth and the plant kingdom.

* Let the Gnomes of the earth speak to you telling you what the history of the area is and other secrets it contains. The Gnomes are the easiest of the Elementals to make contact with. They can also make you a green thumb if you so desire it. Make offerings to Them and you will be rewarded not only with a green thumb but also with spiritual knowledge and They can also help introduce you to the other Elementals such as Water who are the next ones you should make contact with after you have made contact with the Gnomes.

* Get outside during a thunderstorm and sit on a porch watching the lightning display. If you're afraid of lightning storms, work to overcome that fear and realize it is only a force of nature, of the earth mother Herself and nothing to be afraid of. When the storm is over, feel the ozone in the air and notice how it energizes you! Deep breathe in the ozone into your lungs and feel the power the lightning left behind. Of course make notes in your journal.

* Construct a Power Bag in which to store your excess power so that you can draw on it later so that when you are feeling low, you can draw on the power of your bag to uplift, heal or protect you. Realize it has many uses in your Craft and can be worn when you go out and wish to ward off any potential harm from others such as at a gathering or crowd.

* Instead of worrying about a ritual dagger or athame, make a staff or walking stick instead which you can walk down the street with. You can draw a circle with your staff, draw pentagrams, ward off evil with it, and make it a living tool by regular use and the spirits will respect it far more than a mere sword because you use it more often than any sword. You can still use an athame if you choose but when I was practicing Wicca, I rarely used my athame because I chose instead to use my power staff. Decorate it however you wish as it is your representation of Sorcery.

* Erect a shrine to make contact with your Ancestors and offer Them a single glass of water & a plain white unscented tea light candle every day for 30 days then you can switch once every Saturday. Salute them and thank Them for any help They can give. After the initial 30 days are up you can switch to saluting Them on Saturn's day, Saturday. You only need a glass of water and a plain white unscented tea light candle. Remember this is a shrine only, not a working altar. You interact with your Ancestors here not perform regular JuJu here.

* Next, find a Patron spirit with whom you get along with and more importantly who wishes to work with you. This is often a god, goddess, a hero, a saint - in other words, a spirit of some type whose ideas, customs & concepts you really admire. Read up on that spirit's history, Their mythology, who worshiped them in the past, where were They worshiped and why, what cultures took part, what geographies Their influence reached, and so on. Learn as much as you can - just please do not be a McWiccan where you study so little unless it's only from some sheeple publisher (ll-ewe-llyn) books. Try to study the locale where the Patron was originally worshiped so you can get an idea of the flora & fauna that grew there and study up on the land's native plants which will be important to the Patron spirit and which you can include in your workings with the Patron spirit. A great resource to begin with at this stage is the Larousse Mythology books as they are fantastic and well researched. "If" you are leaning towards the Hellenic Gods, then you will want to get a copy of the Homeric Hymns to add to your repertoire to honor your Patron. If you're leaning towards a Norse deity, then the there are the Eddas & various Sagas to get material from. IF you're unsure of WHOM to work with as a Patron, light a white candle and call out to the Universe using the four cardinal directions and say that you want a Patron spirit who will be there for you, work hard for you and give you solid advice when needed. Then be patient until your call is heard.

* Finally if you feel you still need books to read then avoid Pagan books as much as possible and opt for books written by scholars or professors who have no bias whatsoever. There are numerous universities from around the world whose scholars are well respected researchers in their fields on everything from the occult to trees & plants to earth sciences. Your Witchcraft library should include material on things like Earth Science, geology (rocks & crystals), plants (flowers/weeds), trees/shrubs, basic biology & Grey's Anatomy (because if you plan on doing any healing you need to know something about the human body), metallurgy, basic chemistry (you want to make your own potions later on? This is a good way to learn some simple fundamentals - you can learn quite a bit s from manuals out of kid's chemistry sets if you can locate them). If you feel you need actual "pagan" books, then try author's like Paul Huson, Tarostar, Lady Sara, Charmaigne Dey, and if I must, I will plug my own Free Basic Witchcraft Lessons here -> http://www.molochsorcery.com/witchlessons.html from my own site which still rock because they are bite sized, simple and non-confusing for the beginner.

* It would also not hurt for you to study any sort of scholarly Native lore from wherever you live to simply learn about the folklore, stories and legends of that area as these may help you with any hauntings, ghosts and spirits should they make themselves known to you somehow. Why reinvent the wheel if it has already been documented before? You may discover the folks who documented the visitation found a way to get rid of any  offending entites so study up like a real wizard.

So in summary, you can see where I suggest a plan of action for the would-be Witch instead of just plopping their bum down reading they should get busy with learning how to be an actual Witch not someone who simply gets involved for political reasons these days. Not to say that some Gardnerians aren’t the read deal but these days so many are just fake.

Besides with most Gardnerian covens are very insular and resistant to bringing in just anyone and unless you have someone on the inside vouching for you, it’s not likely you’re going to get initiated into their coven any time soon so you may as well begin studying on your own outside and learn all you can about nature, its denizens and how to be a real Witch!
Posted by Moloch's Sorcery at 1:03 AM