What Is Going On With FedEx Lately? 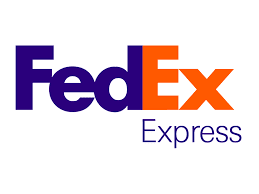 So the title of this rant says it all. I ask this because normally in the shipping & expediting world, FedEx was king and I say WAS. For some odd reason they have allowed their standards to fall to the point it feels as if they hired some of my retired USPS who didn’t care about accurately delivering mail, (not that all who delivers locally are that way but a number definitely were!)

For years I, and other local residents, have relied on FedEx to deliver the goods speedily as well as accurately. That’s why we or anyone for that matter, pays their higher than normal shipping fees. They once blew away the USPS, UPS among others who tried to topple them in the world of delivered packages but lately their service is horrid and downright terrible.

Within the last thirty days, I have received not one but two packages via FedEx and each time they held my package for “more information” per the driver. Say what? My address has not changed since I moved here. In fact no one’s street address has changed yet the driver for FedEx is telling their home office that addresses in our neighborhood are incorrect even though we have the exact same info on the package with name, correct address and phone number. And yet they can’t deliver the package due to incorrect info? Riddle me that, Batman!

I have had to call FedEx twice now to get my packages delivered even though they have delivered a guitar, an amplifier, cookware, and other assorted household stuff in the last decade to my door. Yet all of a sudden within the last month, FedEx is starting to fall apart? Is it true the driver’s own their trucks and their own routes? If so, then I no longer will use FedEx for either receiving packages nor shipping them out. If they cause me this much aggravation, then I can only guess what sort of ignorance they cause the lot of you reading this.

This is yet another case of “they’ve gotten too big for their breeches” or as my late friend Albert used to say, “They’re successful in spite of themselves” which is what he used to say about Walmart. I am simply going to try DHL to see how they act and since I cannot trust FedEx any longer, I need to find someone else whom I can trust. UPS is out and proved that when they destroyed and refused to reimburse me for several pieces of Radionic-Hybrid equipment shipped through them which arrived damaged to a very unhappy customer. He now refuses to use UPS as well after that little fiasco.

But FedEx used to be in a class all to themselves. You could count on them to do things the right way. Sad they’ve fallen that far. Big giant in the industry. USPS, albeit slow and steady, has still proven to the best method to ship in my experience. They are also the least expensive of the bunch. True a lot of the old ones retired out of there but such things are common and we will see how the new crew does their jobs. As for FedEx, meh. Screw off.