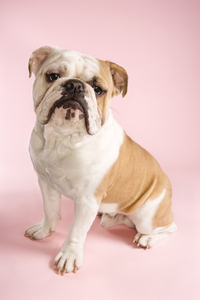 Can an over-abundance of opinion be detrimental to the future of a Genuine Practitioner[1]? Yes especially if the opinion is unsupported by fact(s) which is all too often the case in our digital world. We are social creatures by habit who thrive on social interaction thanks to the conditioning such institutions as school, work, church/synagogue/mosque, shopping malls, town halls as well as parades, sports games, eateries, recreational parks and other spots of social interaction have been created around for us to interact.

In the past for the GP, the only way to interact with others of a like mind was to seek them at either regional gatherings or book stores who catered to our metaphysical whims. Today however we can simply log on to a plethora of social media websites and forums and discuss our concerns or ask questions pertaining to our particular interests regardless what those are.

However when you put forth your valid question(s) to others out there on the web, especially social media sites and forums, are you really doing yourself any favors? Opinion is what you are going to get regardless of what you asked for. If you ask for information about a particular grimoire on virtually any site, almost always the question will arise will be, “Why? Why do you need this?”

'Why' is a challenge question and you are being challenged by someone or a group of others to stand your ground to support your reason for wanting information on said grimoire (or subject) - even when those questioning you have zero information on the subject to offer in return! So for all of the headache you may be going through to validate your request for the information, you most likely will not end up with the  information you seek from those who are challenging you.

This is an all too common occurrence in social situations and it is one of the reasons many groups now ban what they deem ‘spell begging’ or ‘practical how-to’ information requests because of the ridiculous amount of noise these types of requests generate on a list and the moderators are correct in doing so.

Everyone seems to have an opinion these days about something even if it is unsupported by fact and this alone does not stop them from sharing it with others. I still get people asking me my opinion about Enochian MagicK even though I have never practiced that discipline let alone studied it & have to continually explain to people what I know about Enochian can be engraved on the head of a pin in Sanskrit. That is because I know next to nothing about the subject thus I am the last person who should be asked about it. However I DO know others who have never read a single book on the subject who feel qualified to talk on the subject for hours. Go figure eh?

More power to them.

Social Proof Is NOT Valid Proof

An example of social proof, i.e. proof that is presented by Joe & Mary Sixpack online who claim to know about X yet admit they have never practiced nor performed X is simply an “opinion” and it is NOT even an informed opinion which itself is sometimes helpful, especially if they offer no solid evidence to back up their claim(s).

You will run into this quite often on forums and social media sites and it can be very detrimental to your practices IF you take these opinions as fact rather than as opinion. I am not saying Rod the Bod the long time practicing CM cannot have something worthwhile to give as valid opinion mind you however if Rod the Bod only has opinion then take what he offers with an enormous lump of salt. Especially IF Rod the Bod has never practiced what you asked about say Necromancy or Ancestor Work. Even if his comments are constructive, take it with a grain of salt if it comes out Rod the Bod does not practice Ancestor Work nor Necromancy regardless of how long he has been a practicing CM. His opinion on the subject is just that - opinion. Nothing more.

What you seek is a GP in the subject you have interest in. If it is Ancestor Work/Necromancy, then seek out someone known to be either an expert in that subject OR at the least someone you trust who is working in that field and ask them for their opinion. If your interest is in Enochian MagicK again seek an active practitioner of that field, not someone who merely read a few websites or a couple of books on the subject. Ask around about who is considered an expert on the subject you have interest in and you will find a person's name or two. What did the good Rabbi say? "Seek and ye shall find; ask and it shall be given unto you."

Do Not Merely Dive In Head First

In fact it is never a good idea to simply chime into a group or forum asking your question openly like that anyway. Why? First off you look like a rank Novice who just crawled out of a cave with a beginner’s book in hand dying to learn anything. Secondly you should click on the person in the list whose name you trust as the most intelligent and ask them your question. Typically this will get you a far better answer as well as a more honest and faithful answer because if they do not know the  answer then most likely they will tell you point you to someone who will know the answer to your query. Finally you will both save time and face by forgoing the open questioning and going straight to someone whom you feel knows the answer to your question rather than just asking away hoping anyone can help.

I liken the openly asking questions to a group or forum to how people would just jump in to conversations back in the 1970's when the Citizens Band (CB) radio fad began to get big. You could be enjoying yourself chatting with someone and some yahoo would have to jump in with “Breaker, breaker!” and by etiquette you were forced and had to let them join in regardless of the situation. This ruined many conversations and often I would simply be listening to a couple of folks having a terrific chat about some interesting topic on a non-trucker used channel an inevitably in about 60 seconds or less, some yahoo would come wallowing in like a walrus to screw up the conversation.

That is what it seems like when I see many of these otherwise open questions to a group or forum - especially ones that the vast majority do no need to know about nor have the knowledge let alone skill to answer. For instance I have seen people asking questions about Ngangas - a traditional Palo tool - on both CM & Wiccan lists - and the result was often sad and sometimes hysterical. The questioners should have simply asked their questions privately to the Paleros off list and they would have gotten a far better response rather than a bunch of ceremonial morons or McWiccans asking “What do you need this information for? What do you plan on doing with it?” and “blah-blah-blah”. Leave it to white folks to be judge, jury & executioner before they know all the facts.

Suggestions To Reduce Your Stress

- Limit how many groups & forums you are a member of since joining more of these organizations is not going to get you better information rather more noise.

- IF you feel you must do your research online like a Millennial, then be smart about it and stop openly asking questions on lists & forums. Learn to focus and target like a hunter.

- Instead watch lists & forums for a while to see who knows what about which subjects because some folks are experts at some things while they are deficient in others. No one is an expert at everything. No one.

- Unsupported opinion is detrimental to your progress because you are going to hear a lot of negative input about what you want to learn from people who have never practiced or have “heard” from another practitioner that what you want to know is somehow bad for you much like Vegans are on about meat.

- Seek out GP’s (Genuine Practitioners) on the subject(s) you have interest in. You need more than mere scholars in the field. For example there are a lot of scholars who know a great deal about the PMG however there is a growing number of practitioners who actually practice the Greek Magical Papyri and these are the folks you need to talk with about the nuts & bolts of what works and what does not concerning that subject, not the scholars.

1. Genuine Practitioner (GP) as opposed to a Hobbyist Practitioner or one who merely dabbles to say “win back the love of their life”.
Posted by Moloch's Sorcery at 3:49 AM